The first draft of the first screenplay I ever wrote left a lot to be desired. It was a family drama I wrote with a friend of mine in the fall of ’94, just months after I graduated UCLA Film School. I still remember how sure Mike and I were we’d sell our script. Unfortunately, I also remember our first “big Hollywood meeting” where the overtly polished studio executive’s biggest suggestion for our script was for us to “buy a shovel.” That’s right, “buy a shovel” as in “bury this waste of paper and never dig it up again.” I was shocked, crushed and disillusioned. I was even more depressed after the second, third and fourth drafts of the script triggered similar responses. This incessantly painful experience was my first (but not last) foray into DEVELOPMENT HELL!!! 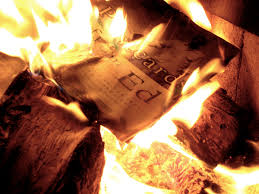 For those of you who are wondering what development has to do with distribution, ask yourself what an engine has to do with a car. Like an engine, a solid script makes your film work. But without it, your film will be dead on arrival. This is clearly the case for independent films more so than studio films, because indies don’t have the luxury of a star-studded, $200 million dollar budget that can cleverly mask a really bad script.

After years of being a writer and a producer who has optioned several writers, I’ve compiled certain insights about the development game that may help you. These insights are for writers with either no sales or limited sales to their credit. Once you’re earning $2 million per screenplay, or have an Oscar prominently placed on your mantle, some of the following suggestions may no longer apply to you. But, until that earth-shattering, life-changing moment, you may wish to consider the following suggestions. In an effort to promote clarity, I’ve separated my suggestions into two categories: 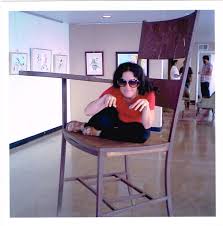 The Standard Screenplay Length Has Shrunk!

The standard length of a screenplay is now 110 pages for dramas/action/thrillers, and 95-100 for comedies. Like VHS tapes (and DVD’s) 120 page screenplays are history. 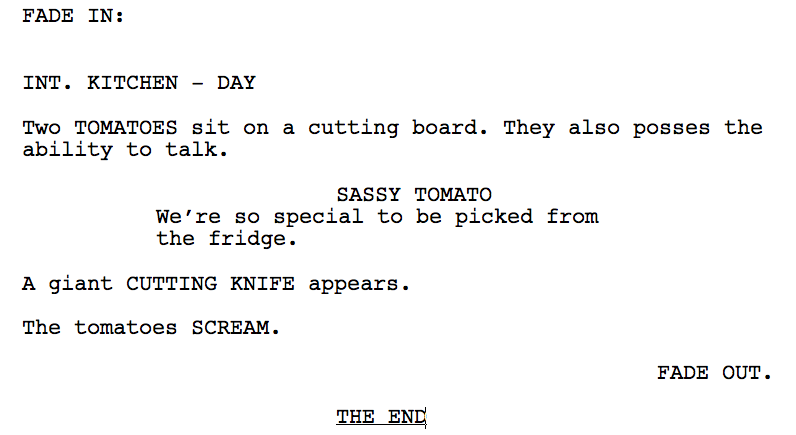 One of the First Things a Development Executive Does is….

Flip to the last page of your screenplay, to see how long it is. If he or she deems it to be too long, they will not read it. Your beloved life’s work will become recycled. 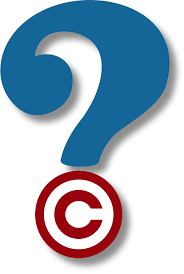 Placing these numbers on your cover page is telling the person you’re submitting to that you think they’re going to steal your work. Talent agencies never list registration numbers on their script cover pages, so you shouldn’t either. 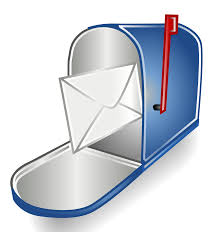 “Poor Man’s Copyright” Is Not An Actual Copyright

It always amazes me how few new writers register their screenplays with the U.S. Copyright Office. It only costs $40, and takes about 5 minutes of your time. Yet, not doing so will definitely put the rights to your screenplay in jeopardy. Trust me, mailing your script back to yourself is not a legal copyright. All you have to do to secure your work is go to the Library of Congress website and look up the Registrar of Copyrights. Some writers choose to register their work at the WGA (Writers Guild of America). This is an excellent step to take in addition to, not instead of copyrighting your material. Remember, WGA registrations are good for five years, while copyrights are good for 99 years after you go to your final resting place. 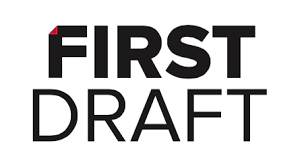 Ever. All first drafts (including mine) suck. Even Ernest Hemingway once said, “The first draft of anything is shit.” You’ll thank yourself later for not submitting a first draft, and you won’t even be able to read your own first draft once your script is ready. 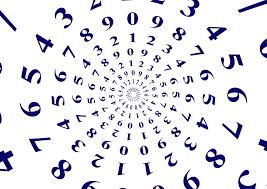 Never Put The Draft Number On Your Script 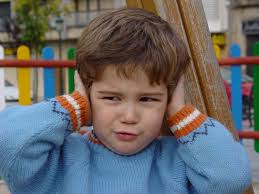 Don’t Listen to Praise From Your Friends And Family

Family and friends won’t share their true opinion about your work in fear of damaging their relationship with you, so you must take their praise with a pound of salt. However, if you get praise from a qualified film industry professional who had no idea who you were at the time they read your work, then you may be on to something. 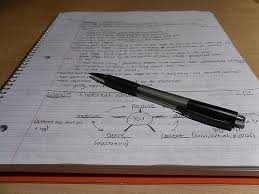 Hire a company to write professional coverage for your script. Many screenwriting contests also offer these services.

Recognize Trends Of Opinion About Your Screenplay

If one person hates a specific story aspect or character in your screenplay, then make a mental note of it. But if three or more mention the same problem, then change it!

One of the keys to making a solid script is to know who you’re making it for. So, when you sit down to scratch out your first set of notes for your future-Oscar winner, ask yourself one simple question: “Who is going to pay $14 to watch this film in a theater?” Make sure you have that question clearly answered before you start writing, so you can craft your story to fit the demands of your audience.

Limit The Number Of Characters

Fewer characters are better, because they are easier to remember. Once you confuse your reader, you lose any chance of having them buy or champion your script. 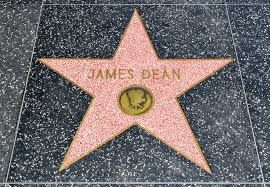 Give The Best Lines To Your Lead Character

Never give your best lines to sidekick characters. Remember, “I’ll be back,” “Go ahead, make my day” and “You had me at hello,” were all delivered by lead characters. 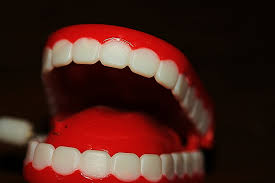 Make Sure Your Characters Talk Naturally

Humans don’t usually converse with each other in complete sentences; so neither should your characters. If you pay close attention to your next real-life conversation, you’ll notice that you and the person you’re speaking with often cut each other off. Conversational dialogue reads better on paper and plays better on screen. 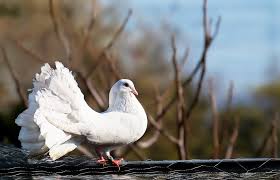 If you find you have too many characters who do too little in your story to matter, then combine (aka dovetail) those characters into a fewer number of meaningful characters. 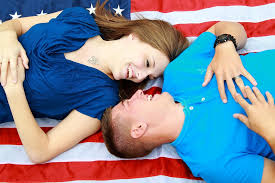 Don’t Fall into the Gender Trap 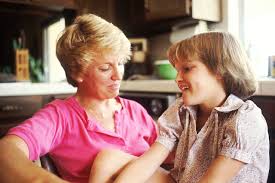 Don’t Fall Into The Age Trap

Thanks to the Internet age, kids don’t talk like kids anymore (unless they’re young). 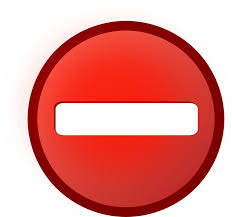 Mailing your script to a person or company, who never asked to read it, will do two things; a) burn your bridge with them b) get your script returned unread. Always contact the person or place you’d like to submit to. They’ll probably require you to have an agent or entertainment attorney submit your screenplay to them. Due to the legalities, writers usually can’t submit their own work. 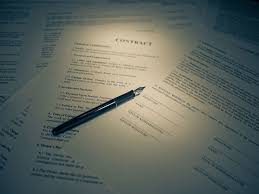 Submission Releases are a Great Tool to Help Get Read 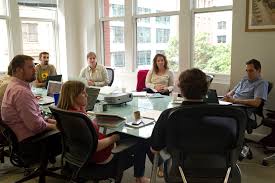 So your script as about a 22 year-boy, but a development executive wants you to switch it to a 34 year-old woman. Listen to what they have to say before you shoot down their idea. Who knows, maybe they have an actor in mind that would love your script. One of the other reasons development executives may suggest radical changes, is because they’re trying to gage how easy you are to work with. In short, the more you say “never” to their suggestions, the more you’ll hear “never” from them. 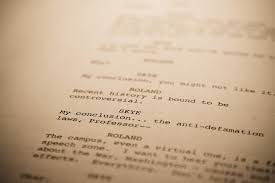 Submit Your Screenplay To Screenwriting Contests

There are several screenwriting contests out there, but far fewer credible ones that have withstood the test of time and have the respect of the motion picture industry professionals. The contests that will get you noticed if you win them include: The Nicholl Fellowship, Chesterfield, Sundance, Slamdance, Zoetrope, Bluecat (very cool because every script submitted will receive notes back to the writer) Scriptapalooza, Script Pimp and The Austin Heart of Film. You should do in-depth research on each contest and consider submitting to the one(s) you jive with. 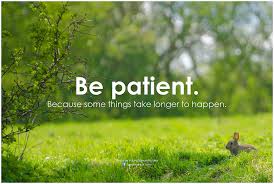 Be Patient With Feedback

It’s highly unlikely that the person reading your script will do soon soon. It will take at least several weeks, if not a few months for them to give you feedback, unless of course, you have a huge agent, or you’re a winner of a huge screenwriting contest – or both.

Contacting the person you submitted to them weekly, or God forbid, daily, isn’t going to make them read your work any quicker. All it will do is piss them off. You may want to contact them every two to three weeks to check in. Just remember the task of carving out time read a new writer can take a while to schedule. 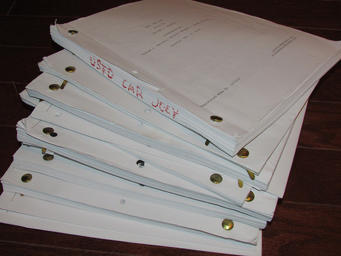 Always Have at Least a Few Different Scripts Ready

What if the film professional you’re meeting with likes you, but doesn’t think your script idea is right for them? If you have a few more script ideas ready to go, you can submit them instead. But, if you only have one idea, you’ll be seen like a one-trick pony and you’ll lose your contact to the professional.

Development Hell is a necessary evil to reach the heights you need it to. The journey is treacherous and oftentimes painful, but the results from a well-crafted screenplay can be wildly enjoyable. Creating a great script will allow you to attach better talent, get a bigger distributor and ultimately allow you to reach your dreams. Remember, they say good things come to those who wait, so great things come to those who rewrite!

Okay, that’s the (lack of) genius I have for you today. However, before I go, here’s a link to my podcast, Limping On Cloud 9.

My podcast has nothing to do with the film industry, but it is positivity infused, quirky and a bit offbeat. It is available on iTunes, Google Play and Stitcher.