Happy Wednesday, everyone! I hope you had a great first half of the week. Today I’m going to centralize on protocol and strategy for first time and or emerging filmmakers. My intension here is to give you a bit of insight on what you should expect the “first few times out of the gate,” because knowing what to expect will make you seem like a seasoned pro during negotiations. So, without further ado, here’s some key insight. 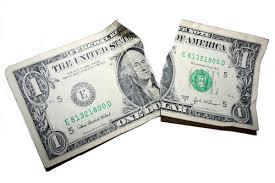 Your Maiden Voyage Will Probably Not Make Money

The first big pill you may have to swallow is that your first project is probably not going to make money. Should your film or script it break out of the pack of the thousands of projects made in the year it’s released, then Godspeed on your way to stardom. However, if it doesn’t light the world on fire, then you should be prepared to write it off as a loss, or have your investors write it off if you’re lucky enough to have investors.

Knowing how unlikely it is to make a profit the first time out, you’ll want to keep your budget low. That way, you’ll be a lot closer to realizing financial break-even, and if you don’t achieve break-even, at least your losses will hurt less. Thus, you should treat your first project’s budget as the price of admission into the amusement park that will become your career. Remember, while most people love going to Disneyland (especially on days when all the rides are working on there’s not a lot of traffic in the park), not many get to experience the Magic Kingdom without feeling a little pinch in t their wallet or purse. It’s the same with your career in film/TV. Sure, you can come in and play on the roller coasters, but you’ll have to pay handsomely for the privilege. 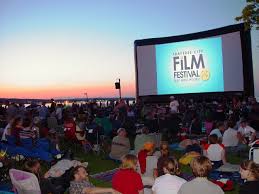 Since so few film festivals mean anything to the advancement of your career, you should really hold out to see if you can wrangle the attention of one of the “big seven” titans. The biggest festivals on the planet are Cannes, Berlin, Toronto, Sundance, and Venice, followed by Tribeca and SXSW. So, if your film doesn’t get into one of those, then you might as well focus directly on getting a distributor and not spend the next 12-18 months playing festivals that won’t advance your career.

Furthermore, if you do wrangle a spot in one of the festivals above, you should accept the offer and thank your lucky stars. It amazes me how many filmmakers don’t fully understand the gravity attached to playing one of the biggest film festivals in the world. For example, I recently spoke to a filmmaker who turned down premiering at Berlin to play his film at Rotterdam. Why would anyone do that? Regardless of how hip and cool Rotterdam is (which is what I’ve heard from many accounts), it’s simply not Berlin. Thus, choosing a less significant film festival over a titan is like choosing to drive a Camaro over a Ferrari. Sure, Camaros are rocket-fast, but they’re nowhere near as head-turning as Ferraris. 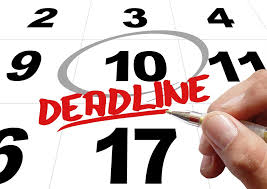 The quickest anyone will get back to you on your film, TV pilot or screenplay, is two weeks, and more than likely your response time will be four to six weeks or more. People don’t generally view new projects quickly, unless they’re an immense amount of heat on the project, i.e. a major film festival win, an A-list attachment, or verifiable financing. So, if somebody does get back to you incredibly fast, they either a) love the material and are about to change your life, b) dislike the material, so they want to get it off of their plate as soon as possible, or c) they have very little going on and are looking for the next project to sink their creative teeth into.

Side Note: Possibilities “a” and “b” are ones you can deal with, but beware of “c”, because that person may not have the experience, strength or contacts you need to help you push the project forward. 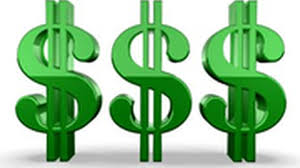 Should you get someone to spend the next year or two bringing your written words to life, don’t expect them to give you a huge payday to do so. Just having a credited producer wanting to develop your film with you is a huge step in the right direction. So, unless you’re script wins Sundance or the Nicholl Fellowship and has multiple studios bidding on it, your option will range from $1 (seriously) to mid-three ($500) to low-four figure range ($1,000-$1,500), and maybe even up to $5,000 or more, if a) they really want your material and b) the scope of your film attracts “A-list” stars or directors. So, don’t get caught up in demanding a six-figure option figure, unless you’re already a seven-figure screenwriter or best-selling author. Just focus on gelling with the right producer, with the right vision for the material, and of course with the right contacts.

All of the points we just discussed are meant to help you understand what to expect, but by no means are they absolute certainties. Thus, yes, you can breakout and make silly amounts of money your first time out. It’s highly unlikely, but of course it can happen. I just want you to know what to expect in 99.9999999% of the time, so know how to navigate your future.

Okay, that’s what I have for you today. Before I go, here’s a funny short film to give your mind a quick break:

And here’s a link to my new podcast, Limping on Cloud 9:

My podcast is available on iTunes, Google Play and Stitcher. As always, I thank you for lending me your eyes, and I look forward to borrowing them again soon. Until then, have a tremendous week!