Welcome to Going Bionic.  Last week’s article, “Just Say No,” discussed five things to say “no” to, when it comes to advancing your career or increasing the salability of your film. Thus, today we’re going over five things to say “yes” to, which should help to advance or at least enhance your situation. So, without further ado, here are a handful of situations to look forward to.

Taking More Up Front, In Exchange for Fewer, Or No Points
While there are (very few) exceptions, back-end points are never paid out. This is true for everyone, including writers, producers, directors, investors, above-the-line crew participants, and even actors. A+++ listers will get paid, because they have the power to delay other projects they’re attached to, until they get paid. But, if you don’t possess that kind of power, then it’s highly unlikely that any back-end points will be paid to you.

Thus, it’s much smarter to get paid as much as you can up front, and not worry about the back-end. I say this for two reasons;

1) If you waive your back-end profits to take more money up front, and your film becomes a hit so huge that you miss out on a few million, don’t worry, because your value will increase so greatly that you’ll make up your loss of income quickly.

2) Even if the powers that be owe you back-end profits, they probably won’t pay you anyway, if the film is your first financial hit.

Short-Term Option Agreements
The last thing you want to do is sign a long-term option agreement (for your screenplay), unless the person optioning your literary property is paying you high five to six figures. Thus, if a producer wants to option your material and they are not willing to pay you handsomely to do so, then it’s still prudent to say “yes” if the following conditions apply:

1) The producer has significant credits or a deep Rolodex.
2) The producer has financing, or a clear path to financing.
3) The “short-term” option is no longer than 6 months.
4) The option has no “grey area” that triggers an extension.

Side Note #1: 12-18 month option agreements are the norm, but they usually come with a healthy payment up front.

Side Note #2: One dollar options are also normal, but I’d only recommend signing one if a) they person you’re granting the option to is highly successful and is someone you want to be associated with or b) they are your business partner and someone you trust 110%.

Simply put, agreeing to a short-term option is a good move, as it won’t tie up your film for too long if things don’t work out. 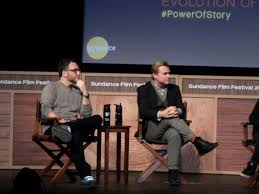 Trading Producer Credits For Investments Or Attachments
If there’s an investor or a person who can legitimately get you major above the line attachment,  give them whatever producer credit they want, as long as they deliver. Just make sure their credit is contingent on them actually delivering the element promised. Additionally, make sure you have the option to remove their credit if the element they are bringing falls off. 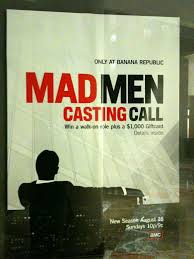 Investors Influencing Casting Decisions
Some investors may only give you their money, if  you use it to cast a specific actor. It’s your job to decide if the actor is a) right for your film and b) worth the money. While the final decision should rest on what’s best for your film, if such a situation doesn’t damage your film’s cache or financial potential, then why not say yes?

Warning: Some investors will want you to cast their friends, spouse, kid, or themselves, before they cut you a check. This situation is harder, because if their role is anything other than a glorified extra, you are putting your film’s future in grave danger.

The best thing to do here is to convince your investor casting them is likely putting their money at risk. The problem is, they may not care, because they may see their investment as a way to get an acting job. If that’s the case, you could be in trouble. 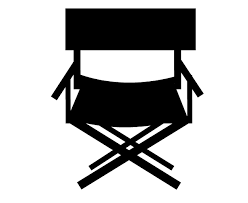 Giving Up Directing Credit To Gain A Much Bigger Budget
I know you don’t want to give up directing your film, but if a studio wants to turn it into a major production with a considerably larger budget, then you may wish to consider it. Doing so may get your career moving further, quicker, because getting writing credit, and possible producer/executive producer/co-producer credit, on a major studio release, holds a lot more value than making an indie film yourself does.

By the way, should you wish to check out  my crazy little podcast, here is the iTunes link: Limping on Cloud 9. Additionally, our website is:

And, just incase you need a bit of inspiration, here’s a quick video on people saying “yes.”  Thank you for lending me your eyes.