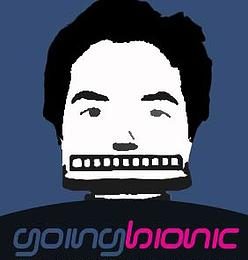 Welcome to Going Bionic, and say hello to our first of many articles focusing on the 69th Annual Cannes Film Festival. I’ve attended Cannes every year since 2002, (minus 2011, when I stayed home to make sure I witnessed the birth of my twin daughters Zoe and Lena). I’m headed to Cannes this week, so here’s a quick overview of the world’s best festival.

In the Beginning
The Cannes Film Festival was originally created as a response to the Venice Film Festival. While Cannes was supposed to launch in 1939, it waited until 1946, one year after the end of World War II, to begin its cinematic journey.

In the 1950’s, Hollywood’s fascination with Cannes ignited its popularity, which helped the festival reach previously unforeseen heights. Then, on April 15, 1986, Charlotte Spadaro, the Mayor of Beverly Hills at the time, signed a proclamation making Beverly Hills and Cannes “sister cities.” The move once again ensured Cannes would remain Hollywood’s home away from home.

Below is a small snapshot of some of the wonderful selections at the 69th annual Cannes Film Festival. Of course, there are other key sections, including “Directors Fortnight,” “Midnight Screenings,” and beyond. So, without further ado, here’s what to look out for.

Films in Competition
Cannes accepted 21 feature films in competition for 2016, including “I, Daniel Blake,” by Ken Loach, “American Honey,” by Andrea Arnold, “Julieta,” by Pedro Almodovar,” and “The Salesman,” by Asghar Farhadi.

Un Certain Regard
Known as the most respected selection at Cannes outside of the official competition, the Un Certain Regard boasts 18 films, including, “The Happiest Day in the Life of Olli Maki” by Juho Kuosmanen, “La Tortue Rouge” by Michael Dudok de Wit, and Voir du pays by Delphine Coulin and Muriel Coulin.

Un Certain Regard films should never be considered as second tier selections, because there are many reasons for them to be programmed here instead of being planted in the group of competition films. Some reasons may include previous public screenings and or distribution efforts which may disqualify the film for being in competition, but doesn’t stop Cannes from recognizing deserving slices of cinema.

Out of Competition
There are five films being shown out of competition this year, including “The BFG by Steven Spielberg and “Cafe Society” by Woody Allen.

Special Screenings and Midnight Screenings
There are seven special screenings this year, including “Chouf ” by Karim Dridi and “Hands of Stone” by Jonathan Jakubowicz.

Short Films in Competition
Out of 5,008 submissions, Cannes 2016 accepted 10 shorts.  No shorts from North America were programmed and only one of the 10 selected came from English speaking counties (United Kingdom). One key fact about the Competition Short Films is they are limited to 15 minutes in length, including credits. Thus, shorter is better when it comes to getting noticed at Cannes.

In Conclusion
Cannes is by far the most influential festival on the planet, which is why I’ll deliver key on-the-ground insight from the 69th annual edition, which runs from May 11-22.

I thank you once again for lending me your eyes, and I look forward to borrowing them again next week. I can be followed on Twitter @HammadHZaidi