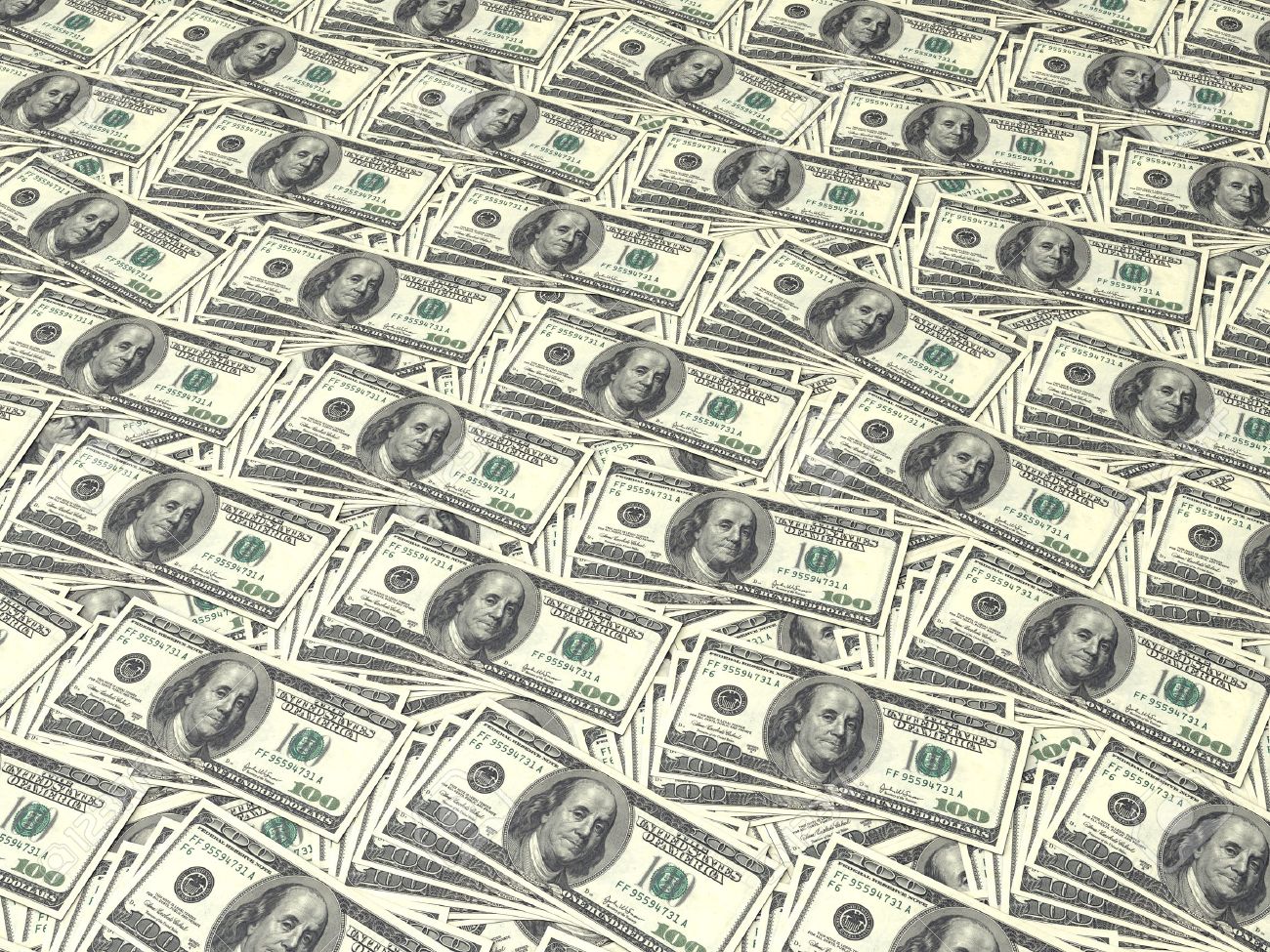 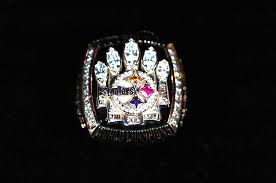 It was February of 2006. I had just returned from my annual birthday trip to the Super Bowl when I learned that an indie producer from the east coast wanted to hire me to rewrite a modern day pirate script. So we met, agreed on the value of my words, and I started writing. A week later my mailbox still hadn’t been graced with a check. After avoiding my first several calls, my “producer” finally answered my call just long enough to try to renegotiate my price. Obviously, mutiny was afoot over my payday. 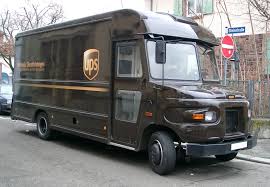 When we met again, I asked him how his film was being financed. His answer was the most harrowing and painfully unique I’ve ever heard. He claimed his film was going to be financed by lawsuit settlement money from a guy who was run over by a UPS truck and turned into a quadriplegic. Wow! A recent quadriplegic wanting to risk the bulk of his settlement money on the second-most dangerous investment in America (restaurants being the first). What a huge mistake. One thing I was sure about is that I no longer wanted to have anything to do with his film. I don’t need bad karma, and the producer never paid me anyway, so I bowed out.

That experience solidified my belief that indie producers will do anything – and I mean anything – to get their films financed. This, of course brings us to today’s topic: Indie Film Financing. Let me start by saying over the past 20 years, I have directly invested in production financing for independent films, development financing for much larger films and I’ve been a indie producer who has tried to reel in investors. Throughout it all, I’ve made money, lost money and have learned hard lessons that will forever be tattooed in my memory. So, my goal here today is to give you some insight on how to position your film in its best light to potential investors. 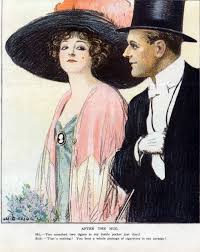 The Right Investors Aren’t In It For the Money

Classic film investors won’t be affected if you lose their money. Of course they usually want to make money (sometimes they don’t because of tax liability reasons) but their real reason for investing in an indie film is so they can tell their friends they’re an ‘executive producer.’ These investors are usually too busy to keep tabs on your film, or visit your set more than once. But, they’re also very shrewd and they need to make sure you know what you’re doing before they cut you a check. Thus, they will rake you over the coals on your budget and demand your production is filled with seasoned veterans. They will also ask you hard questions about your film’s distribution. In most cases, these investors have invested in films before, so be ready for an assault of challenging questions. Obviously, their money is hard to get. But, it’s the best kind because you’ll keep getting it in the future if your film gets to breakeven or even gets close to breakeven for them. Plus, in the event your film tanks, these investors usually won’t cause you much grief because they’ll use the loss as a write-off on their taxes.

Getting ‘Dumb Money’ Is A Dumb Move

By ‘dumb money,’ I don’t mean these types of investors are dumb. In fact, they’re usually quite intelligent and highly successful. Doctors, dentists, lawyers and corporate professionals usually fall into this category. These are people who make a very healthy living, but will certainly feel a pinch in their pocketbook if you lose their money. These investors are usually easier to get on board, because they have no idea they have a better chance of starting for the Los Angeles Lakers next season than they do of making their money back. They will also want to be on your set far more than you’ll want them to be there, and they will call you incessantly for updates. Be very careful with these types of investors, because they will come after you if their money is lost. 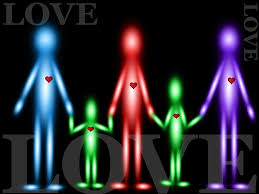 Be Honest With Family And Friends Who Invest

Let’s be honest; mom, dad, grandma, your siblings, cousins and your best friend from grade school don’t really believe your film is going to make them rich. In your mind they’re investing, but in their mind they’re donating. So, if you choose to take investment money from family and friends, it may be a good idea to ask them to give you the amount of money they can live with losing. That way making them money is a pleasant surprise. But, losing it won’t ruin your relationship with them. 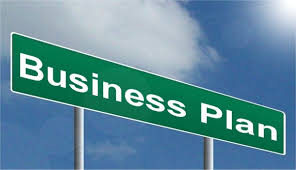 If I had a dollar for every business plan that has come across my desk with ridiculous assumptions and exorbitant fees for the filmmakers, I could afford to the buy the Ferrari’s for every day of the week – on cash! Trust me, once your financial assumptions shoot into the galaxy of ridiculous, your potential investor won’t sign that check you’re pining for. So, in an effort to help you get that check signed, here are some insights on how investors view indie film business plans:

a) Your business plan doesn’t have to be Bible-thick, especially since 99% of your potential investors won’t read it anyway. They will, however, focus on two crucial aspects: how much money you’re asking for and when they should expect to see a return on their investment.

b) Don’t pay yourself too much money. For example, if your film is a $1,000,000 budget, don’t pay yourself $100,000 to direct, another $100,000 to write and yet another $100,000 to produce. Asking your potential investors to let you pocket $300,000 of a $1,000,000 budget will kill their interest. Investors don’t want you to get rich off their money, they want you to make just enough money to cover your bills during the shoot. Simply put, your investors want you to suffer alongside them until they get their money back. Besides, if you ask for heavy fees, some investors will ask you to prove you’ve made the same level of money on your previous project (I know I always ask).

c) Demanding the investor sign a NDA (Non-Disclosure Agreement) before they look at your proposal is NOT a good strategic move. Think about it, if you’re asking an investor to give you money, you shouldn’t threaten them with a lawsuit. In this age of lawsuit happy people, the last thing an investor will do is sign something that allows you to sue them. Thus, most of them (me included) would rather not get involved in looking at your business plan. But if you insist on having a NDA signed, you should clearly notify your potential investor of your intention before you meet with them.

I was duped by such a crafty move several years ago, when I took a meeting with a producer who wanted me to invest in and distribute her multi-picture production slate. While a very positive ninety-minute meeting ensued, as the meeting winded down, the producer pulled out a NDA for me to sign. Asking me to sign an NDA after the pitch? Needless to say, my interest evaporated. On the inside I was thinking, “Damn, what a waste of ninety-minutes,” while on the outside I politely told the producer I don’t usually sign NDA’s for film business plans. Suddenly, all of the positive vibes left the room and the meeting ended soon thereafter.

d) The film successes you choose to compare your film with should be within the realm of believability. For example, if you’re making a $400,000 comedy, don’t compare its potential to “The Hangover” – which was a bigger studio film, with studio advertising and studio muscle at the theater chains. Try to find films with budgets like yours, and list how well they did without a theatrical release. Since getting a theatrical release on an indie film is like winning the lottery, your numbers should look strong without adding potential numbers at the box office. If they do, you’ll have a much better chance of getting a check cut.

e) If you choose to describe your film (tonally speaking) as a cross between two other films, make sure those two films were successful! You can’t imagine how many filmmakers will list their film is a cross between two critically-acclaimed indie films that nobody outside of the indie film world has ever heard of. Remember, investors don’t care if your film is like other critically acclaimed gems. They don’t care or if it plays at Cannes, Sundance and Berlin, or how many awards it’s won. All investors care about is making money. So, if you’re going to say your film is a cross between two others, make sure you mention highly successful titles that a even farmer in Kansas has heard of.

f) Make sure your numbers make sense. I recently looked at a business plan that stated “since the filmmaker’s previous short film made 798% in the educational market, his feature film will make 798% in the mainstream market.” Are you kidding me? How much did his short cost? A few thousand? How much does he want for his feature? A few million? Anyone with half of a brain will see the flaw in that logic. Sometimes you have to take a step back from and ask yourself if you would buy what you’re selling.

g) Do not include your script with your business plan, unless your investor specifically asks for it. No, I’m not worried about an investor stealing your script; I’m worried about them reading it. Most investors have never read a screenplay, and so they may not understand the “EXT. DRIVEWAY – DAY” or the “CU: ON A BURNING CIGARETTE.” Just give them what they need and no more. 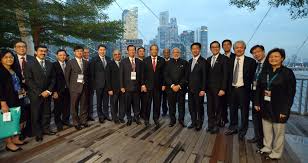 Only Take Money From Accredited Investors

Being an accredited investor means your investor is willing to sign a document stating they understand the high-risk nature of investing in your film, and they have the money to lose. Usually, this means the investor’s total net worth should be at least ten times greater than the amount they’re investing. Making sure your investors are accredited is the one step that most independent producers ignore. But, it’s an important element of your investment package, because accredited investors can’t sue you if they lose money. 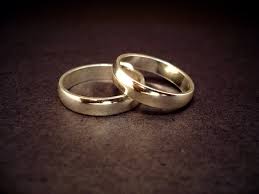 Because you will be married to them, for a few years. Before you take money from an investor, ask yourself if you’re okay with dealing with them. I firmly believe some of the best investment money I ever dealt with was the money I chose not to deal with.

There are several ways to finance your film and since we’ve only covered investors and business plans today, I will continue discussing other ways of financing on Wednesday.

That’s my offering for today. Before I go, here’s a link to my new podcast, Limping On Cloud 9, which is positivity infused, so it may serve as a short getaway for you. My podcast is available on iTunes, Google Play and Stitcher.

As always, I thank you for lending me your eyes and ears, and I look forward to borrowing them again soon.